Historic drought looms for 20 million living in Horn of Africa 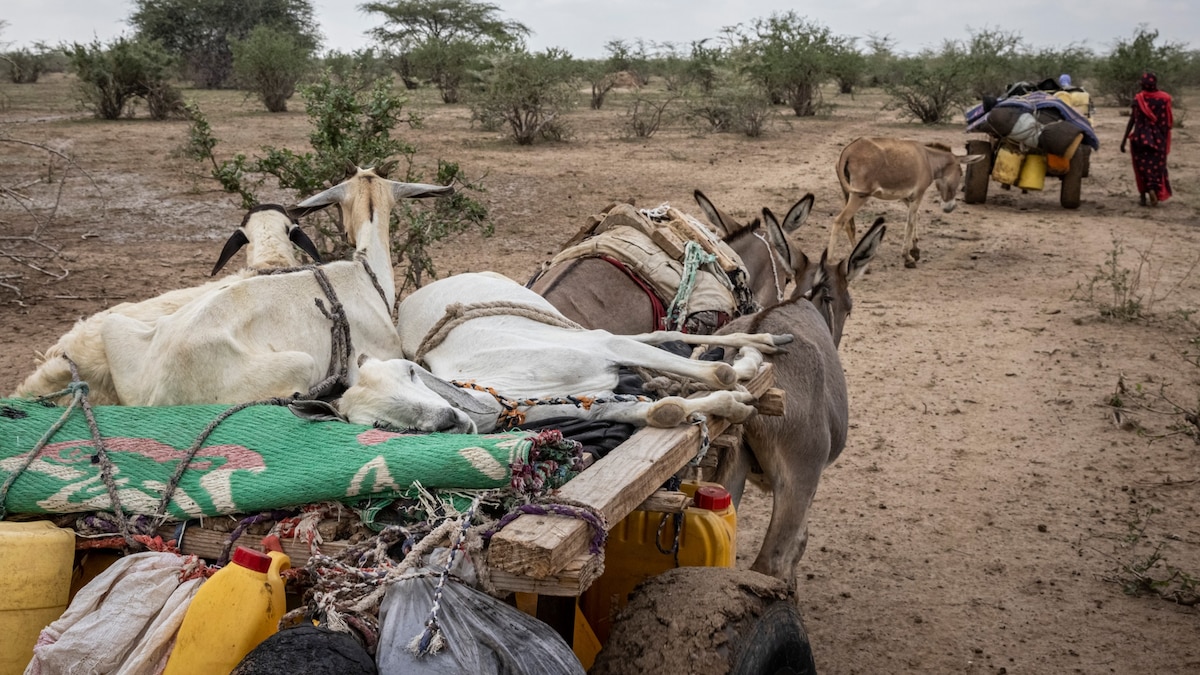 Historic drought looms for 20 million living in Horn of Africa

The climatic phenomenon known as La Niña is preventing nourishing rains for the fourth season in a row, putting East Africa on the “brink of catastrophe.”

As many as 20 million people in four African countries are facing extreme hardship and food shortages as an exceptionally long and severe drought grips the eastern Horn of Africa. Three rainy seasons in a row have failed to materialize. Now scientists and relief agencies fear that the next forecast one—scheduled to bring rain to Djibouti, Ethiopia, Kenya, and Somalia this month—will follow suit.

If that happens, it will mark the longest drought the region has experienced in four decades, as climate change brings a succession of extreme weather events to a part of the world ill-equipped to withstand them.

“We are most definitely now sitting on the brink of catastrophe,” said Rein Paulsen, director of emergencies and resilience at the UN Food and Agriculture Organization (FAO), last month. “Time is running out.”

Hope now rests on seasonal rains over the coming weeks. Unfortunately, the forecast is not promising—and perhaps unsurprisingly, it appears climate change is largely to blame. As part of the Famine Early Warning Systems Network (FEWS NET), Chris Funk and colleagues at the University of California, Santa Barbara Climate Hazards Center use climate models to generate maps of rainfall estimates around the world. They have found that the root of the Horn of Africa’s recent droughts can be found far to the east, in the warm (and warming) waters of the western Pacific Ocean, and in the climatic phenomenon known as La Niña.

The climatic phenomenon known as La Niña is preventing nourishing rains for the fourth season in a row, putting East Africa on the “brink of catastrophe.”

Copyrights of the Climate News articles belong to the respective Media Channels.
This Climate News portal is non-profit and politically non-dependent forwarding readers to The Current Global Climate News